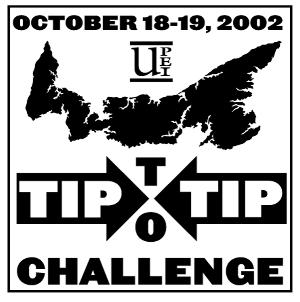 The first annual Tip-to-Tip Challenge in support of the UPEI-FA Scholarship fund was held on Friday, October 18th and Saturday, October 19th. Thirty people ran, walked, biked, and motorcycled across PEI to raise nearly $2,000 (and counting) toward this important program. 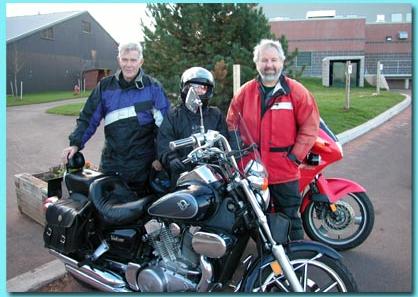 David Sims organized the motorcycle portion of the event.

We wish to thank all of our donors, the organizing committee, and especially all of those who participated in this event:

A special thanks to the UPEI Biology Club for organizing the post-event barbecue.

The 2003 version of the event is being planned! More information will be forthcoming in April or May.